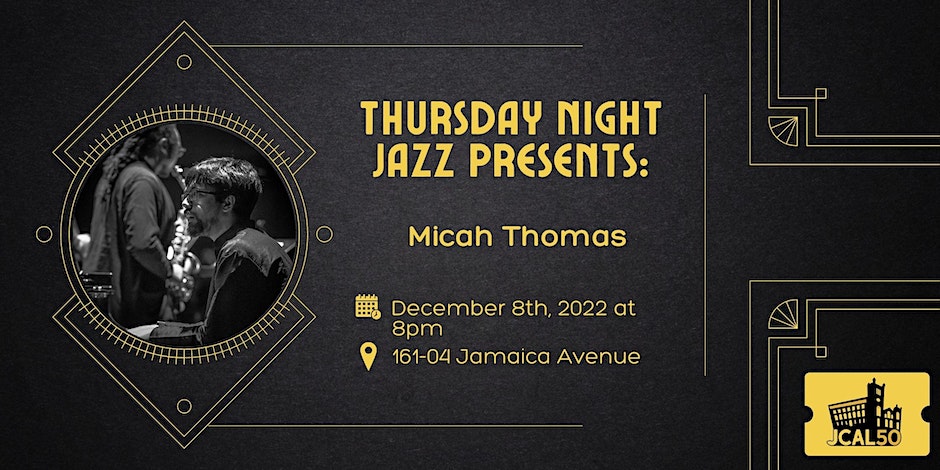 Join us for this highly anticipated installment of Thursday Night Jazz!

Micah Thomas was born in 1997 in Columbus, Ohio. He started playing songs on the piano by ear at the age of 2, and shortly afterwards he started private piano training.

In June 2020, Micah Thomas released his first album, “Tide”, which received positive reviews from the New York Journal, The New York Times, JazzTimes, and Financial Times, among others. He also has appeared on several albums as a sideman for Immanuel Wilkins, Billy Drummond, Zoh Amba, Giveton Gelin, and Walter Smith III.