Meet the Playwright Presents: A Mouth Full of Flies 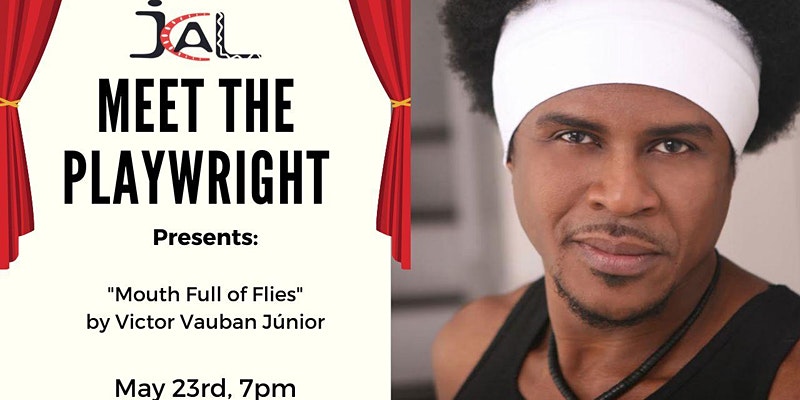 About the Play: This poignant drama is a depiction of the deterioration of a family relationship due to lack of a solid foundation. A man falls into the temptation of the world and abandon his family. Many years later, his son tries to reconnect with his long-lost father.

About the Playwright: Mr. Vauban Júnior is a former circus performer in love with the art of writing. As a dramatist, Mr. Vauban has had his works featured at the Writer’s Guild, The Guild magazine and more. Mr. Vauban’s works are attentive to the inevitable dilemmas that society faces. August Wilson, Tennessee Williams and Lorraine Hansberry are some of his sources of inspiration. Mr. Vauban is an eternal admirer of the arts and is always willing to share his passion for arts with his students, friends, and community.