The Rape Of Recy Taylor: Documentary And Conversation With Emerald Carter 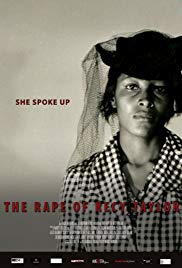 Recy Taylor, a twenty-four year old black mother and sharecropper, was sexually assaulted by six white men in 1944 Alabama. As was common in the Jim Crow South, few women spoke up in fear for their lives. Not Recy Taylor, who bravely identified her attackers. The NAACP sent its chief rape investigator Rosa Parks, who rallied support and triggered an unprecedented outcry for justice. Join us for a screening of this documentary and for a discussion of the film with scholar Emerald Carter.