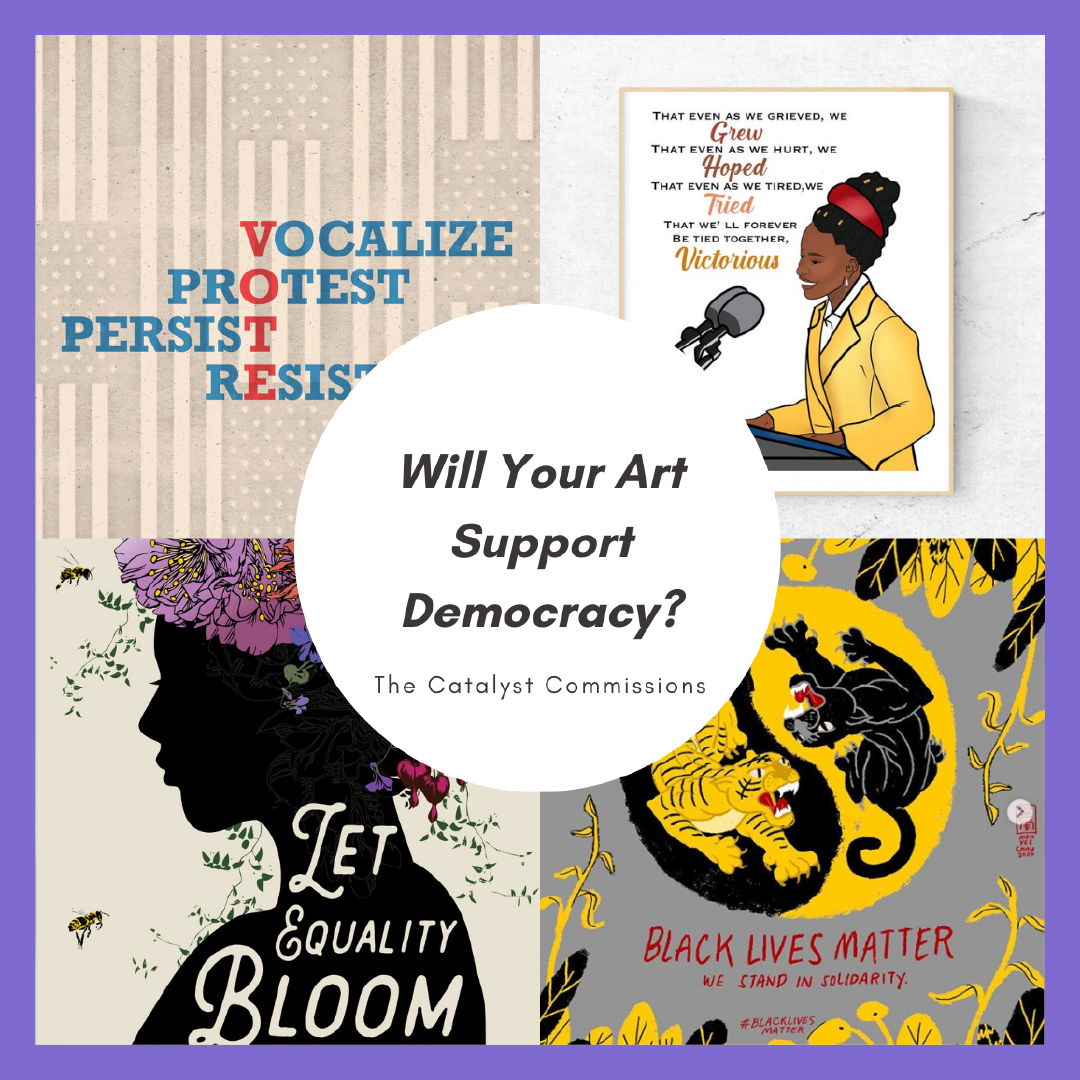 Democracy is the critical pillar of a free and open society. But, democracy in the United States is increasingly fragile.

Recent events, such as January 6th, 2021, have shown that democracy is threatened by growing misinformation, polarization, and historical and continued voter suppression. Democracy is also threatened by a lack of civic engagement—including the insidious belief that one’s voice doesn’t matter. For example, in NYC alone, less than 54% of eligible citizens turned out to vote. Whether by voter suppression tactics or lack of civic participation, our democracy exists in a weakened state.

The Catalyst Commissions, a project of Creative Sanctum, are designed to empower 5 artists using their creative work to sustain democracy. Creative Sanctum believes in the power of artists to increase awareness, stir empathy, prompt action, and visualize an improved future with their creative work. With the large upcoming number of 2021 NYC elections (where less than 54% of the population votes), Creative Sanctum is specifically seeking artists who catalyze communities in NYC’s Queens, Chinatown, and where you think your work is needed most. We believe artists can catalyze community civic participation, including voting, community boards, op-eds, protests, etc., and sustain democracy.

The Catalyst Commissions are designed to enable artists and community members to use their voice to foster their communities and democracy. The commissioning process is also designed to be community-driven, furthering a more democratized and equitable process. Art is a unique catalyst for civic actions and empowered communities. Keep reading to learn more.

Creative Sanctum is specifically seeking artists to showcase work to foster and sustain democracy in one of the below NYC communities:

Creative Sanctum is thrilled to support work that has community impact, with an especial focus on work that goes beyond awareness into action.