The Ave: An ArtSite Exhibition 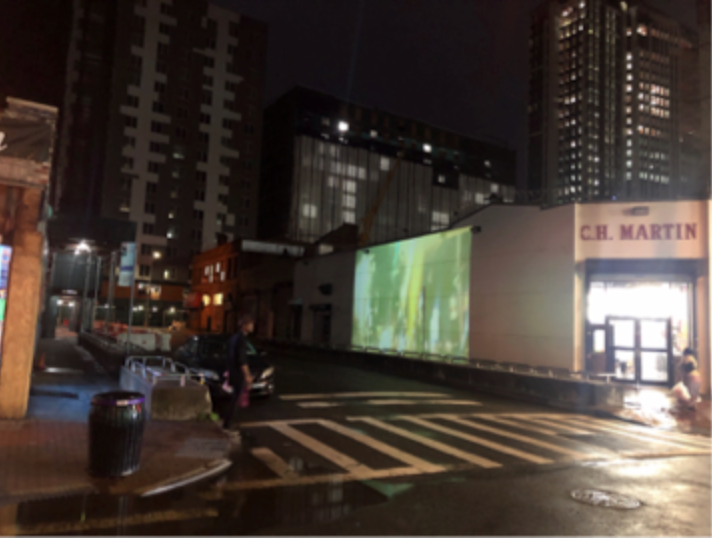 Walking down 149th Street or Jamaica Avenue after sunset, you will now stumble upon an eye catching new film installation highlighting the energetic Jamaica landscape.

ArtSite awardee and local artist, Jason Anthony Lalor’s new video installation is now on view every night from 8:30 pm to midnight for the month of August. In order to complete his vision, Jason partnered with local businesses CH Martin & Rincon Salvadoreno Restaurant to debut his film “The Ave” which aims to document and preserve the diversity and energy of Jamaica, while encouraging passersby to connect these spaces to their own memories and experiences.

As a local Jamaica resident, Jason wanted to focus on his home and create a film for his fellow community members. His project is an observational documentary of Jamaica, both of the Avenue and the neighborhood, showcasing his daily commutes through the area. His idea was inspired by the rapid gentrification of the neighborhood and the importance of creating visual records of Jamaica’s changing landscape.

“I want people to stop, ask about the work, maybe share their memories of Jamaica and discuss how the neighborhood is changing. I also want people to walk away with a sense of the inherent beauty and impermanence of our neighborhood as we know it. At the very least, I hope people enjoy the views of the Avenue.” – Jason Anthony Lalor

On view through August 31st