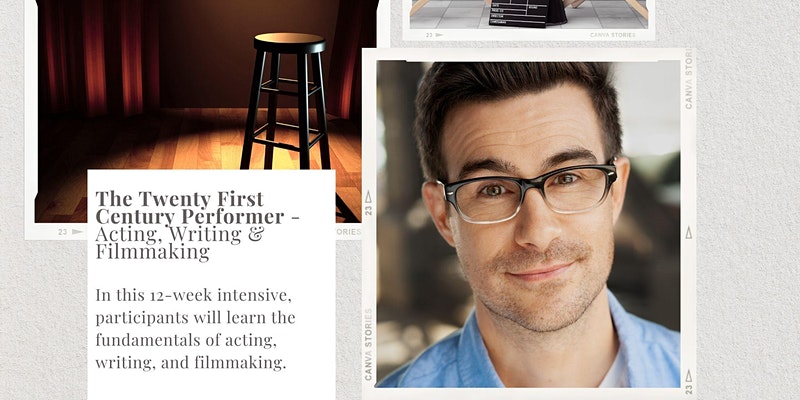 Have you ever wondered how your favorite actors go seamlessly from a Hollywood movie to the Broadway stage? Each week, participants will apply their knowledge to transforming real-life, lived experiences into theatrical performances; working on classical and contemporary monologues; and writing, directing, and producing their own short films using only their smartphones and their imaginations!

The class will culminate in a live/virtual performance for a public audience.

For questions regarding this class, please email [email protected]

Classes will take place at Jamaica Center for Arts and Learning from 11:00am to 2:30pm (30 minute break) on the following dates:

Meet the instructor – Matt Steiner is an actor, clown, filmmaker and educator based in NYC. As an actor, he has been on two national tours and performed Off-Broadway and on film and TV. As a clown, he trained with master teacher Pierre Byland in Ticino, Switzerland; with Jane Nichols and Chris Bayes in New York; and now performs regularly with Logic Limited, Ltd. Steiner co-founded and ran The Representatives, a site-specific NYC-based theater company, from 2012-2017; he is now co-Executive Producer of the independent film and TV production company One-Eyed Rabbit. As an educator, he has led in-school and afterschool classes for Lincoln Center, Classic Stage Company, The Acting Company and Manhattan Youth, among others.