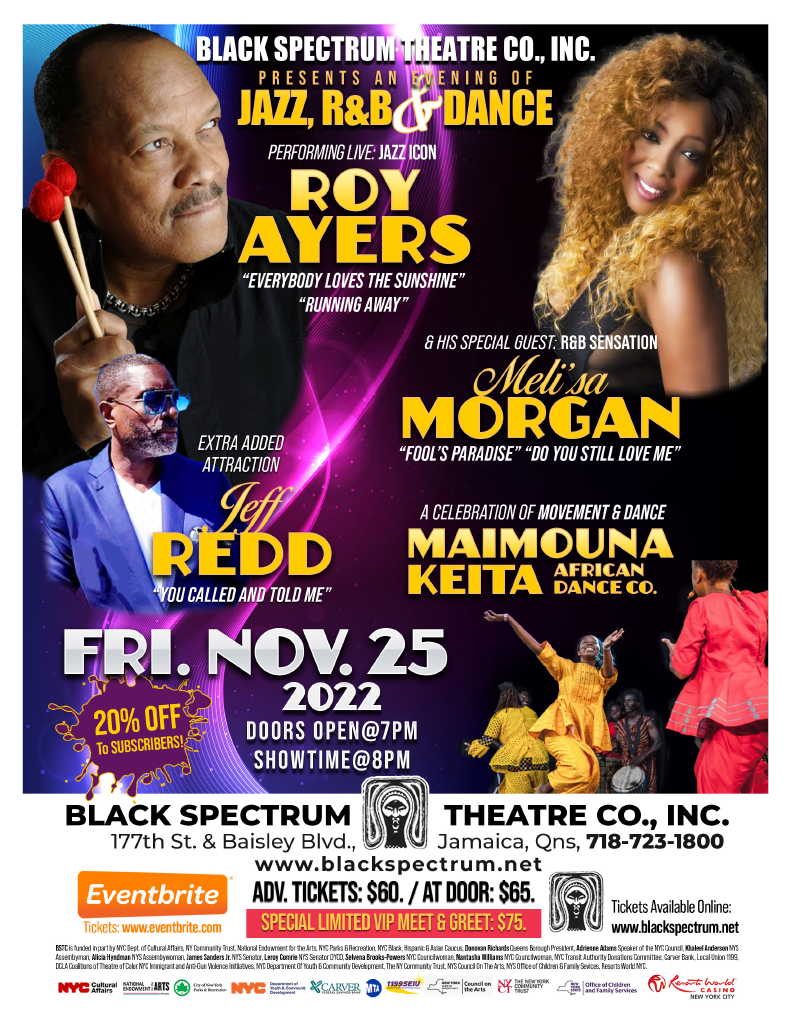 Roy Ayers (born September 10, 1940) is an American funk, soul, and jazz composer, vibraphone player, and music producer. Ayers began his career as a post-bop jazz artist, releasing several albums with Atlantic Records, before his tenure at Polydor Records beginning in the 1970s, during which he helped pioneer jazz-funk. He is a key figure in the acid jazz movement, and has been dubbed “The Godfather of Neo Soul”. He is best known for his compositions “Everybody Loves the Sunshine”, “Searchin”, and “Running Away”. At one time, he was said to have more sampled hits by rappers than any other artist.

With special guest Meli’sa Morgan (Fool’s Paradise” and “Do You Still Love Me”). Jeff Redd (“You Called and Told Me”), Maimouna Keita African Dance Co.