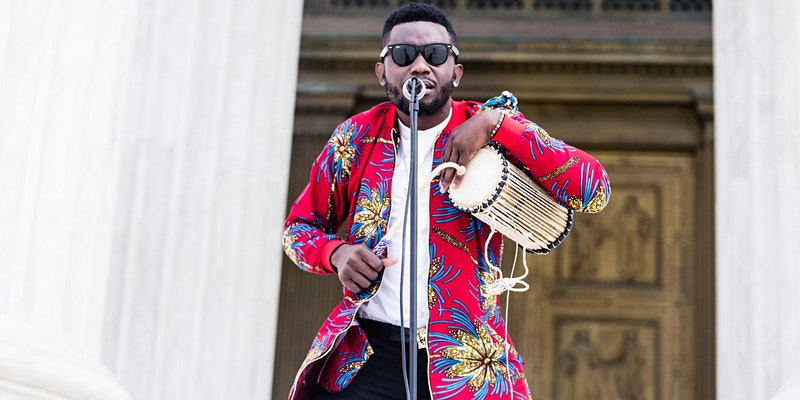 Born and raised in Brooklyn NY, music has always been a way of LIFE for Tony Adè. His musical journey began when he started playing the drums at church. He then started playing the piano, bass guitar, steelpan, singing, and multiple African percussions. Tony Adè self-taught his skills on the west African talking drum which gave birth to Tony being the first artist to introduce the talking drum into mainstream pop music during his performance with Janet Jackson live on the Tonight Show starring Jimmy Fallon for Janet’s single “Made For Now” featuring Daddy Yankee in 2018.

Tony Adè was also the first music director in the United States to orchestrate an official live band entity to perform with some of the top Afrobeats artists such as Davido, 2Face, Flavour, Ali Kiba, Adekunle Gold, Olamide, Phyno, Aramide, Efya, Emma Nyra, Runtown, and many more.

Moving forward, Tony Ade’s debut project titled “Seraphic Alpha” is only the beginning to many more music to be shared with the world!