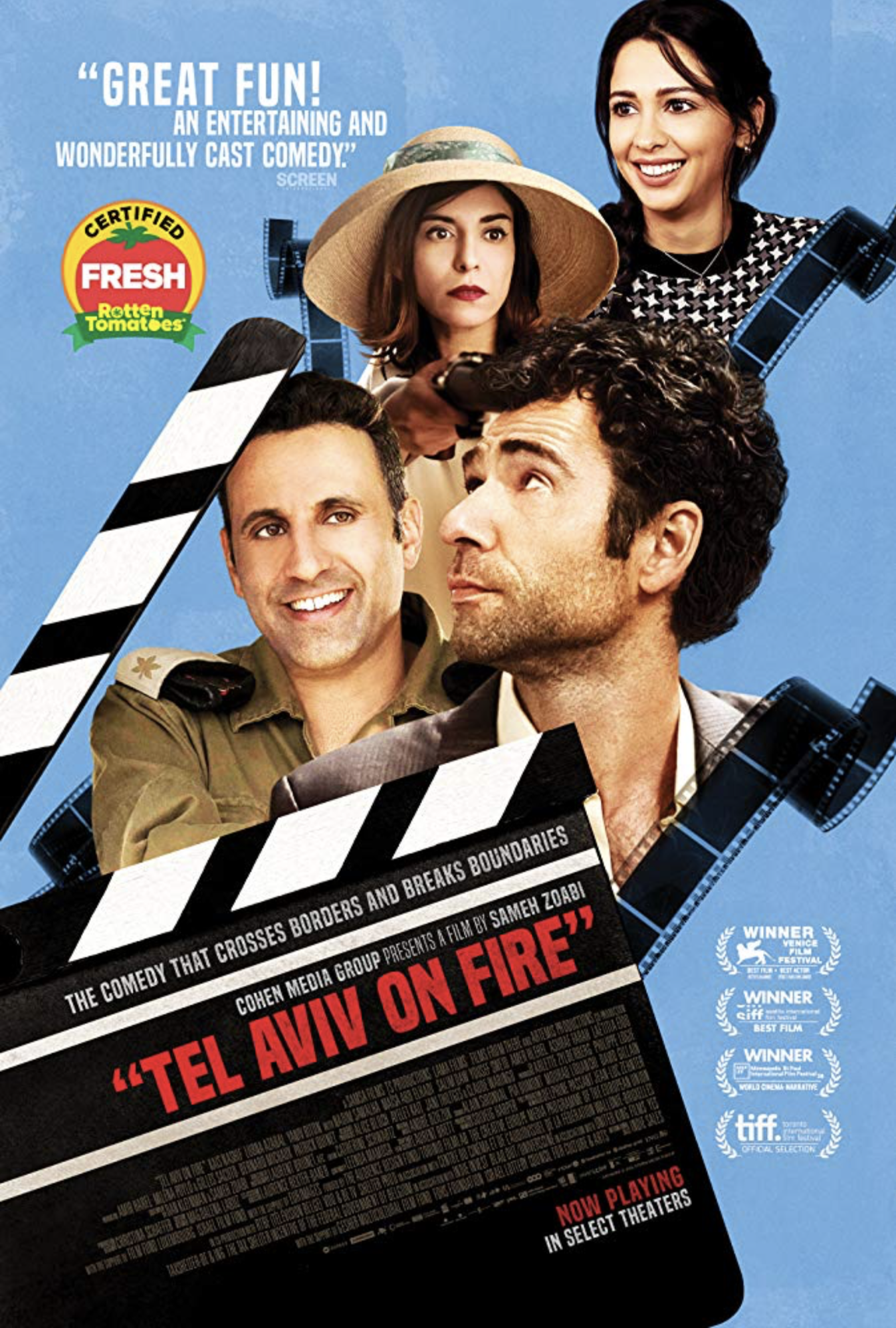 Tonight’s feature film is “Tel Aviv on Fire” – Salam, an inexperienced young Palestinian man, becomes a writer on a popular soap opera after a chance meeting with an Israeli soldier. His creative career is on the rise – until the soldier and the show’s financial backers disagree about how the show should end, and Salam is caught in the middle.