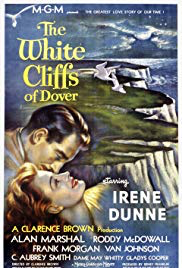 London based American nurse, Susan, Lady Ashwood, is at a hospital awaiting the imminent arrival of wounded soldiers. She is hoping that her enlisted son, Sir John Ashwood, who resembles his father both in appearance and temperament, is not among those wounded. As she waits, she remembers back to WWI when her husband, the former Sir John Ashwood, was enlisted, and the waiting she endured on any news from and about him while he was away in battle. From a humble background, Sue almost didn’t meet Sir John, let alone marry him, as she and her father, Hiram Dunn, the publisher of a small daily newspaper, were only in London in April 1914 on a two week vacation – her first ever trip – that was not going very well when by happenstance she got invited on her last day in London to the king’s ball, where Sir John was awaiting the arrival of another young woman with whom he was supposed to keep company for the evening. Despite being mutually attracted to each other, the patriotic Sue didn’t know whether she could leave the United States and get accustomed both to John’s family’s aristocratic manners, as well as the English customs in general. She also thinks back to approximately ten years earlier when she was urged by her father to return to the States on the inevitability that the Germans would once again be the aggressors in a war. Through it all, Sue is a proud American, despite having lived the better part of her adult life in England.