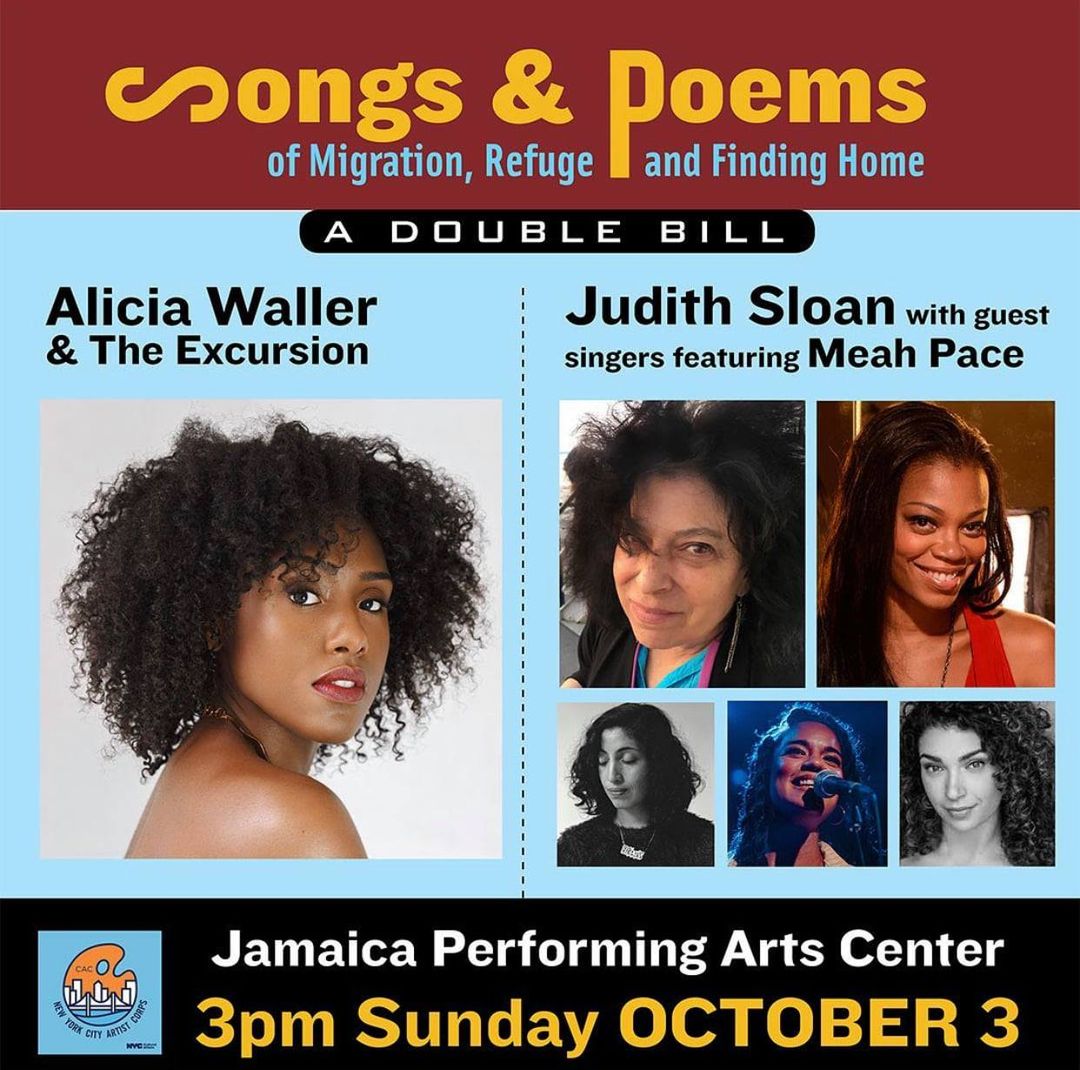 Alicia Waller is recognized for her work as bandleader for the jazz fusion ensemble Alicia Waller & The Excursion and Judith Sloan is known for her veteran contributions to the New York City performance scene, most recently presenting a play-in-progress, It Can Happen Here. They will bring a music and poetry performance focusing on migration, refuge, and the search for home to Jamaica, New York in the Borough of Queens. The performance will take place outdoors at 3 pm on October 3, 2021 at the Jamaica Performing Arts Center. Audience is requested to wear masks. JPAC is located at 153 Jamaica Avenue, Queens, New York. The event is free and open to the public.

• Alicia Waller & The Excursion is led by soprano vocalist and bandleader, Alicia Waller. The ensemble is dedicated to an ambitious pursuit of sonic exploration—performing a range of musical forms that span original compositions, jazz, soul and a diverse array of global music cultures. The five-member ensemble includes Jeff McLaughlin on guitar and Marcos Varela on bass.

• Judith Sloan brings guest singers and pianist to perform songs from her play-in-progress It Can Happen Here , which follows the lives of five women in Queens, New York who are bonded together through their neighborhood hair salon. Sloan will also be presenting a short piece from her collaborative work 1001 Voices: An Anthem for A New America. Guests include featured singers: Meah Pace, Melissa McMillan, Alba Ponce de Leon, Michelle Beth Herman, with Dominic Frigo on keyboards.

Vocalist Alicia Waller and Writer/Performer Judith Sloan are two of 3,000 New York City-based artists to receive $5,000 through the City Artist Corps Grants program, presented by New York Foundation for the Arts (NYFA) and the New York City Department of Cultural Affairs (DCLA), with support from the Mayor’s Office of Media and Entertainment (MOME) as well as Queens Theatre.