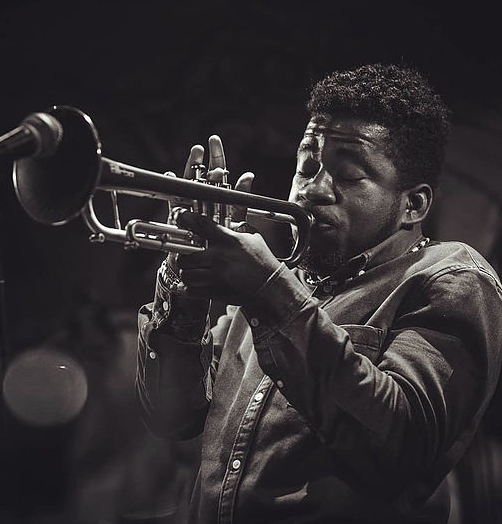 Giveton graduated high school in the Bahamas, and then moved to Ohio to study with Dr. Eddie Henderson at the Oberlin Conservatory. That very year he won top positions at both the Young Arts Foundation and the Betty Carter Jazz Ahead Program. After one year at Oberlin, he moved to New York, and now attends the Juilliard School. Giveton has been mentored by some of the world’s greatest jazz musicians, including Wynton Marsalis, Nicholas Payton, Eddie Henderson, Barry Harris, Jason Moran, Ralph Peterson, Ambrose Akinmusire and Roy Hargrove. Giveton is making a name for himself on the New York Scene. After only being in New York City for one year he has played with pioneers of the NY jazz scene – like Curtis Lundy, Harold Mabern, Winard Harper, Sullivan Fortner, Ben Wolfe, and Jon Batiste. At nineteen, Giveton now leads his very own Quintet and plays around town on the New York scene.